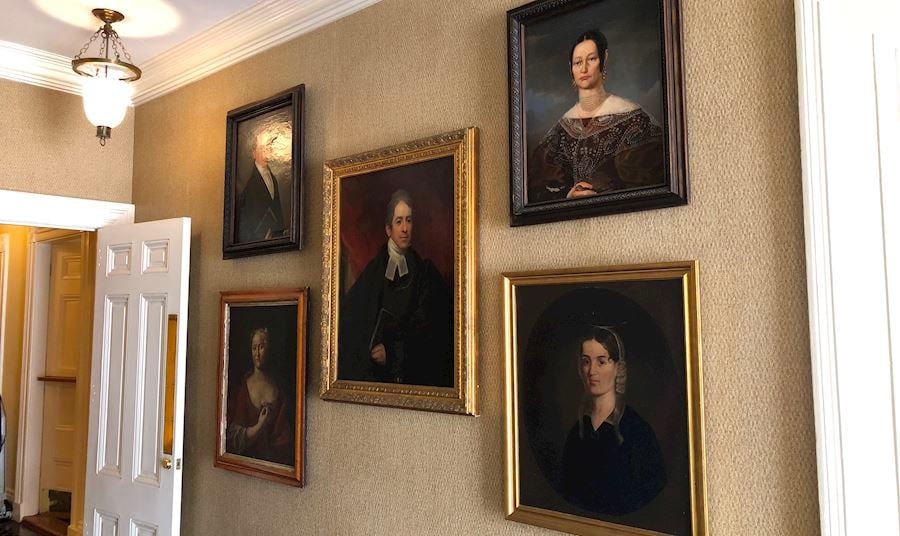 Trace the Steps of Herman Melville on Nantucket

Trace the Steps of Herman Melville on Nantucket.

In 1852, Herman Melville travelled to Nantucket for the first time, and stayed at what is now known as the Jared Coffin House.

Melville is known as one of the greatest American writers, most notable for his masterpiece, Moby Dick. In fact, the story of Moby Dick was inspired by the true story of Nantucket whaler, Captain Pollard, and his crew's fateful experience after their ship, The Essex, was attacked by a whale.

When Melville visited the island for the first time, Captain Pollard was still alive and worked as a night-watchman for the town.

His room at the Jared Coffin House overlooked Pollard's mansion, and according to locals, Melville would wave to Pollard from the front stoop of the inn.

When Melville wrote Moby Dick, he had never been to Nantucket. Rather, he learned about the town by immersing himself in historian Obed Macy's 1835 book The History of Nantucket.

Macy died by the time Melville finally visited the island. However, he was able to meet with Macy's son, Thomas. Thomas hosted Melville at his home and the two shared a meal together.

Melville visited ‘Sconset while on a carriage tour of the island. At the time, it was made up of fishing shanties from the 1700s and 1800s.

Thanks to letters exchanged between Melville and his close friend and fellow great American author, Nathaniel Hawthorne, it is believed that his visit to the idyllic Nantucket village inspired a book that was never published. The story was about a woman named Agatha, the wife of a fisherman who disappears. Every day for 17 years, Agatha checks the lighthouse mailbox, waiting to find a letter from her missing mate.

Melville also wrote to Hawthorne about his time at Sankaty lighthouse, saying, "in a strange and beautiful contrast, we have the innocence of the land eyeing the malignity of the sea."

Maria Mitchell is largely understood to be the first female Astronomer in America, discovering a comet in 1847. She inherited her love for astronomy through her astronomer father, William.

Melville spent time with both William and Maria at their home. Deeply influenced by Maria, he wrote her into his poem "After the Pleasure Party" as the character Urania.

Despite Melville's deep interest in Pollard and his story, the two only met for a short time on the last day of his trip, speaking few words to one another. However, the meeting inspired even more of Melville's work, like his poem "Clarel."